I visited some live cattle importer projects in southern Vietnam last week and I am now having difficulty finding the right adjectives to describe the phenomenal progress that has been made since the trade began in earnest with the importation of less than 2000 head from Australia in 2011. The figure for 2014 was close to 200,000 head. 2015 could easily crack 300,000.

During the 35 years that I have been observing cattle projects in South East Asia, I have never seen anything like the spectacular growth and metamorphosis that has been engineered by some of the beef industry entrepreneurs in Vietnam. I thought that I had seen the best of the best value adding in Indonesia but the Vietnamese have taken the business of turning live cattle into profitable wet market beef sales to a whole new level.

It starts at the ports where the berthing of ships and the discharge processes are uncomplicated with large trucks delivering the cattle to their destinations through minimal traffic congestion on good roads. The majority of cattle are still imported for immediate slaughter so holding periods are short and cattle are well cared for. While I have only visited two Ho Chi Minh area abattoirs, they provide a good example of the capacity of the Vietnamese to squeeze so much more out of the value adding process with large, efficient, hygienic abattoirs delivering clean beef to the local wet markets in refrigerated trucks (government regulation).  There are no Halal requirements so slaughter is completed using captive bolts. 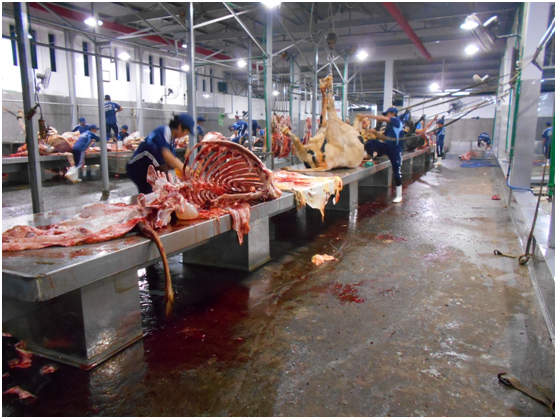 The reduction in meat contamination during the slaughter process and low temperature transport allow the meat to remain on sale in the wet market for about 12 hours longer than equivalent markets in other South East Asian countries. This might not sound like much but it represents a huge financial advantage for everyone along the fresh beef supply chain.

Beef being loaded into small refrigerated trucks for delivery to wet markets.

Australian exporters are kept on their toes by alternative supplies of live cattle and buffalo from Cambodia (ex Thailand, ex Myanmar) which can be delivered all the way across South East Asia if live cattle prices from Australia are forced too high too fast. Numbers are restricted and delivered prices are also very high so these animals are a useful adjunct for the importer supplies and a handy negotiating tool for price moderation rather than a serious alternative supply threat. 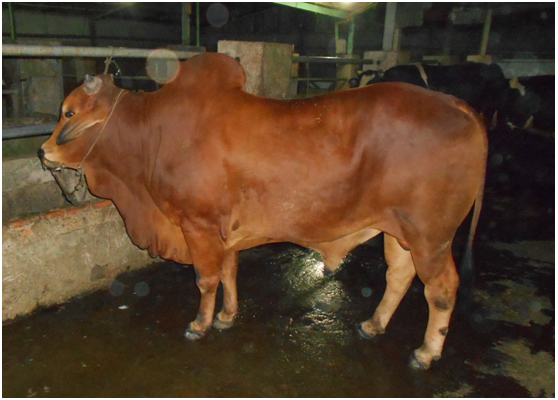 But the greatest surprise of all is the pace of expansion of the feedlot sector. Two of the largest Vietnamese importers have established feedlot capacities for around 50,000 head in the last 18 months, i.e. annual throughput capacity of 150,000. There are no doubt other importers also constructing feedlots, so in less than 2 years, Vietnamese feedlots have suddenly grown from zero to about 25% of the capacity of the Indonesian industry. And they are only just getting started.

Vietnam is blessed with a wide variety of climatic zones within a relatively small country. In between the wet tropical Mekong delta in the south and chilly Hanoi in the north is a large area of high plateau country in central Vietnam with excellent soils, mild weather conditions and reliable monsoonal rainfall. This very fortunate geography provides scope for temperate crops, irrigation and, for the feedlot sector, the capacity to feed Bos taurus cattle for the full 12 months at elevation and for the 6 months of “winter” in the coastal lowlands. The ability to take non-brahman feeder cattle from temperate areas during the logistically difficult northern Australian wet season is an extremely valuable strategic advantage for both importers and exporters. Northern Territory buffalo are also on the shopping list as the Vietnamese are traditional consumers of buffalo beef.

Australian exporters recognized the value of this new market some time ago and have been working hard to ensure that its rapid growth is not jeopardized by ESCAS problems.  The exporter that supplies the two abattoirs that I visited has established a very impressive structure to support and monitor the 37 abattoirs that their cattle are processed through. All these facilities are fitted with 24/7 CCTV which can be monitored day and night by smart phone and on-line office access. In addition, all customers are provided with training, technical support and the hardware necessary for effective welfare management as well as accurate and timely traceability monitoring. The photo below shows the exporters “Abattoir Startup Kit” including a range of Standard Operating Procedures, Datamars Bluestick RFID reader and bluetooth linked Samsung smart phone which receives the RFID information and emails it to the central database.  All this is backed up by both random and scheduled physical inspections by in-country exporter staff and internal auditing to keep everyone focused on the need to maintain high welfare standards and the integrity of the ESCAS system to protect the extraordinarily valuable future of this industry. 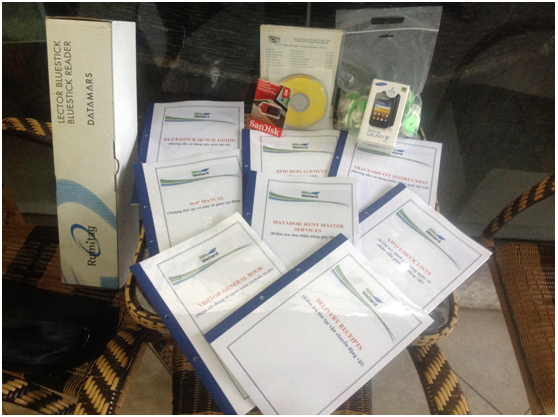 The Australian beef industry has long suffered from inadequate global demand and a relatively small number of key customers. This new and growing market in Vietnam provides producers with an absolutely vital alternative destination to help protect against the risk of dramatic shocks that can result from having too few market options.  Once Thailand, Cambodia and the China live cattle markets come on stream, the Australian industry will be about as close to bullet proof as it is possible to get.

4 thoughts on “How do you say “Gangbusters” in Vietnamese?”