Except for a few brief moments over the last 40 years, investing in the Australian cattle industry has been a pretty awful proposition.  Unless you were fortunate enough to pick the peaks or the troughs just right, the long-term returns have been abysmal.  But that is all about to change as world supply and demand fundamentals indicate that after almost half a century of oversupply, the world beef pendulum is about to swing across from the oversupply side to the under-supply side of the dial.  And with Asia generally and China in particular the key powerhouses of demand, the in-balance of the equation is becoming greater by the day. 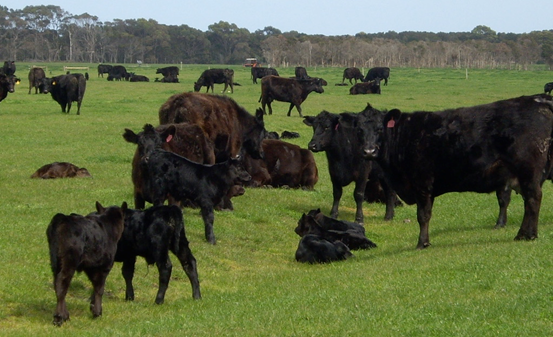 Australia is really only one cattle production market regardless of whether you are located on King Island, above, or Alice Springs below.

I made a presentation to the Northern Territory Cattlemen’s Association annual conference last week and coped the time slot of 2.30 pm Friday afternoon.  I guessed that the only way to keep them awake was to tell them what I really though and what I knew they would like to hear.  I began my presentation with a statement that I was firmly of the belief that in the next year or two, once Australia had experienced a wide spread drought breaking rain, that prices for cattle would spike to around AUD$4 per kg live weight (feeders steers).  I think my strategy worked because not too many dozed off while I followed with my justification for this rather radical claim.  In short, world cattle production is at best static and most likely in steady decline while world consumption is rising strongly with Asia leading the consumption charge.  Once Australian producers get a decent nationwide season allowing them to halt the slaughter of breeding females then the tide of oversupply in Australia will swiftly become a drought of available cattle for breeding, fattening and slaughter.

While all this is good news for Australian cattle producers, it seems to me that it is also a flashing light and ringing bell for investors who have a brief window of opportunity in which prices remain constrained due to the ongoing drought while the medium and long-term outlooks are brilliant.  Warren Buffet famously said, “Buy when others are fearful and sell when others are greedy”.  We are currently sitting in a once in a lifetime investment sweet spot where Australian cattle assets remain stubbornly distressed because of the drought, making investors assessing today’s dreadful investment returns quite rightly fearful.  If however, you accept the overwhelming evidence that world demand has outstripped supply and Australian producers only need a decent season to receive the same high prices enjoyed in the rest of the world then the prospective investor only has to buy in now and wait for the season to change.  Australia undoubtedly has some of the most unreliable weather in the world but it must change sooner or later at which time the investor will reap the rewards.  This rather vague and depressing proposition in terms of when the seasons will change actually represents a win win result whatever happens. If the season turns quickly e.g. next Christmas we might get a good general wet season, then the prices will spike.  If the seasons stay poor for say another 3 years then the Australian cattle herd will probably have shrunk by a further 10 to 20%.  In this scenario, when the season eventually does change, the price spike will be even greater because returns will reflect the additional collapse of the national herd. 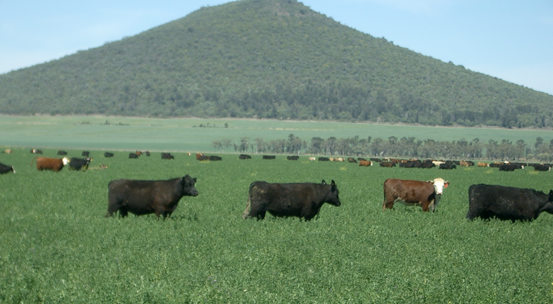 All segments of the cattle production system will benefit from the same fundamental changes.

Beef enterprises are essentially constructed of land and cattle assets which can be crudely split at about half of the total investment each.  When cattle aren’t worth much then neither is the land they graze on. And vice versa. Once cattle prices spike, not only does the operational cash flow suddenly become more attractive but also the value of the assets is forced to follow.  I am suggesting that cattle could rise in value by around 60 percent ($2.50 per kg to $4).  Once cash flows benefit from this rise, the value of breeders will rise and hence the land that they produce on will also appreciate.  If a factory suddenly achieves a much higher price for its product, the value of the operational business rises but the value of the assets usually doesn’t enjoy the same increase because there are plenty of other factories that can be developed to do the same job.  Not so for cattle production.  Cattle can only be efficiently bred on grasslands and the amount of grassland available in the world including Australia is shrinking rather than expanding.  The result is that the scarce resources required for cattle production, land and cattle, will both appreciate strongly in line with the capacity of the cash flow from the production system to generate rising levels of net returns.  Because the industry has been in its very own recession for so long and its current asset valuations are so depressed, the virtuous cycle of rising cash flow and rising asset values is likely to be spectacular. 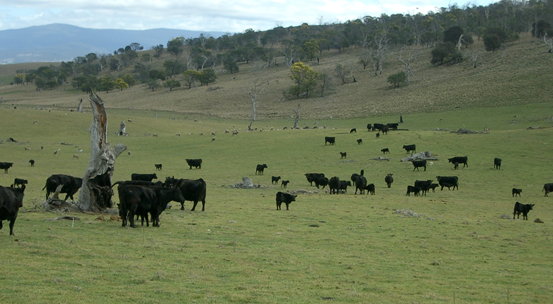 The popular investment classes have well and truly been picked over while agricultural opportunities are generally regarded as too small, too complicated, too risky, too many unknowns, delivering low returns and altogether too hard.  This unique Australian cattle production situation represents a broad canvas of opportunities with scale, short, medium and long term time lines, relatively low risk, solid fundamentals and potentially high returns.  Serious investors need to undertake another in-depth analysis of the Australian beef industry and consider following Warren Buffet’s advice before the monsoon winds blow the low cost entry door firmly shut.