In 1989, 18-year-old Nyoman Budiasa left high school in rural Lampung (South Sumatera) and began his working life as a yard boy at the local general store for Rp. 1,500 for a 17 hour day.  In those pre-financial crash days that amount was worth about AUD 70 cents per day.

Today, Nyoman is an exceptionally accomplished cattleman and livestock manager of a multi-million dollar feedlot, not far from his original village where he has a wife and family, owns his own home, drives a smart car and has an investment property.  He can afford to send his children to university should they chose to do so.  I began this story simply to tell the tale of my remarkable friend but it soon became apparent that his story is a proxy for the development of Indonesia during the same period.  Both have made extraordinary social and economic progress throughout the last 26 action packed years.  About 50 million other Indonesians have also experienced similar personal journeys with many parallels to Nyoman’s. 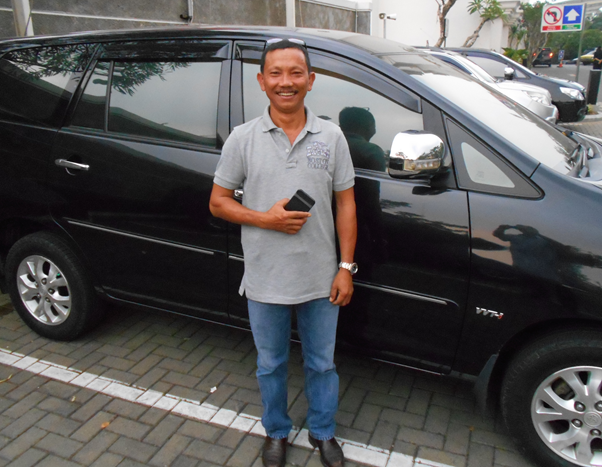 Nyoman’s story begins when his father came to Lampung from Bali in the early years (late 1960’s) of Suharto’s Transmigration program.  Under this grand social scheme, millions of low-income people from the more densely populated areas of Indonesia were relocated to remote rural areas where they were allocated a small area of land (usually 2 hectares) with limited levels of additional resources and support from the central government.  Many transmigrants were unable to make a go of their new situation and either returned home or found a new life elsewhere.  Nyoman’s Dad was obviously successful to the extent that he established a large family which is still located in Lampung, and where all his children went to school.

The late 80’s were particularly tough for the Budiasa family with both parents suffering poor health, battling to survive physically and financially.  It was common for the family to eat cassava or corn because rice was simply too expensive for the growing household.  Selling one of the family chickens was a big deal.

After losing his job at the general store, Nyoman was fortunate to get a better opportunity a short time later at the newly established Tipperary-Indonesia feedlot (Tipindo) as a day-labourer, hand-cutting forage corn for Rp. 2,500 or about AUD$1.20 per day.  When he started this job he met Australian cattleman Greg Smith, who still works in the industry in Indonesia today.  Greg was the first white person Nyoman had ever seen.

His daily routine included rising at about 3:30 am, breakfast, a 28 kilometre ride to work on his pushbike arriving at the feedlot at 06:30 where he would consume a little more food that he brought from home to top up his energy levels.  After a long day of back breaking work in the field, he would cycle the 28 km home again arriving at about 7:30 pm.  After only a few months he lost this job because the rainy season had arrived and the silage production ended.

In December 1990 Nyoman was delighted to be offered a new job back at Tipindo which was preparing to receive its first shipment of feeder cattle from Australia.  Nyoman’s role was manually shoveling manure out of the cattle pens (bare-foot). Dicky Adiwoso was the general manager of Tipindo, with Greg Pankhurst as his feedlot manager.  Nyoman worked under Dicky and Greg, who recognized his intelligence, enthusiasm and exceptional work ethic and gradually promoted him through the company system.  Just when everything seemed to be going along nicely, all of Asia, including Indonesia suffered a spectacular financial collapse in mid 1997 with Nyoman, Dicky, the two Gregs and millions of others throughout the region losing their jobs, businesses and savings.

By late 1998, the highly focused entrepreneurial team of Greg Pankhurst and Dicky Adiwoso had created a new business, custom feeding local cattle for the domestic wet market trade using rented facilities.  Nyoman and Greg Smith became their first employees, in charge of the daily monitoring of their cattle which were located in a number of facilities firstly around south Sumatera but later in west Java as well.  Nyoman started with a motorbike and quickly advanced to a motorcar as the distances he had to travel expanded.  Greg and Dicky went on to developed a joint venture with Kerry Packer’s Consolidated Pastoral Company (CPC) headed up by Ken Warriner and developed their own purpose built feedlot complex in south Lampung.

In 2006 all outside custom feeding operations were closed and the new Juang Jaya (JJAA) joint venture feedlot became the single location for company operations and Nyoman’s employment.  The JJAA project has gone from strength to strength as have Nyoman’s personal fortunes.  The feedlot has a one-time capacity of close to 30,000 head of cattle with a potential annual throughput of up to 90,000 head.  An additional feedlot has also been developed in Medan, north Sumatera with Nyoman responsible for the management of its cattle throughput as well. 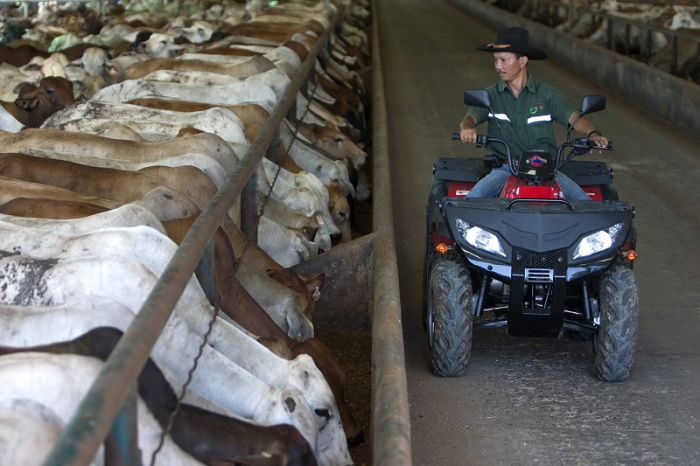 Nyoman checking on cattle at the JJAA Lampung Feedlot.

Luck plays a major role in anyone’s life but in 1989, what odds would a bookmaker have given for the chances of Nyoman, the skinny boy riding his pushbike around rural Lampung, who had never seen a white person, ending up with a key management role in a multi-million dollar joint venture with two dynamic entrepreneurs like Dicky Adiwoso and Greg Pankhurst on the Indonesian side and Ken Warriner and Kerry Packer on the Australian side.  Life is indeed stranger than fiction.

It is easy to see the similarities between the rise in the personal fortunes of Nyoman and Indonesian society generally as so many other Indonesians have performed similar miracles of recovery from the ashes of 1997 and gone on to contribute to making Indonesia a regional economic power-house and soon to-be trillion dollar economy.

From humble beginnings in the 1980’s, to the heady days of the early 1990s, the spectacular crash of 1997 and the steady and remarkable climb back through the late 1990s and early 2000’s, growth has been supported by some good fortune with lots of natural resource development, a massive domestic population driving demand for food and advances in technologies.  From my perspective however, the real driver for Indonesia has been an unbeatable work ethic and a strong determination in so many of its citizens to overcome any obstacle and provide their children with a better life for the future.  Nyoman’s kids might ride a bicycle to get to lectures on their university campus but they will never ever have to drag themselves out of bed at 3:30 am to ride 28 kilometres to an uncertain and poorly paid job on an empty stomach.

There are no doubt lots of complex economic models, bench marks and algorithms that can describe and compare the development of nations over time but this brief summary of Nyoman’s personal history from 1989 until today, a short 26 years, also represents a very real metaphor for the equally amazing parallel development of Indonesia over the same period.  The billion dollar livestock export/import industry between Australia and Indonesia has played and continues to play a small, yet significant role in this chronicle of astonishing growth and development.

With his excellent cattle handling skills and extensive experience with Australian cattle, Nyoman was the perfect trainer for Animal Welfare Officers (AWO) when the trade was closed in 2011. Here he is at the port in Medan in August 2011 briefing a group of cattle truck drivers in their responsibilities for the welfare of their cargo.

2 thoughts on “Nyoman and the Indonesian economic miracle.”